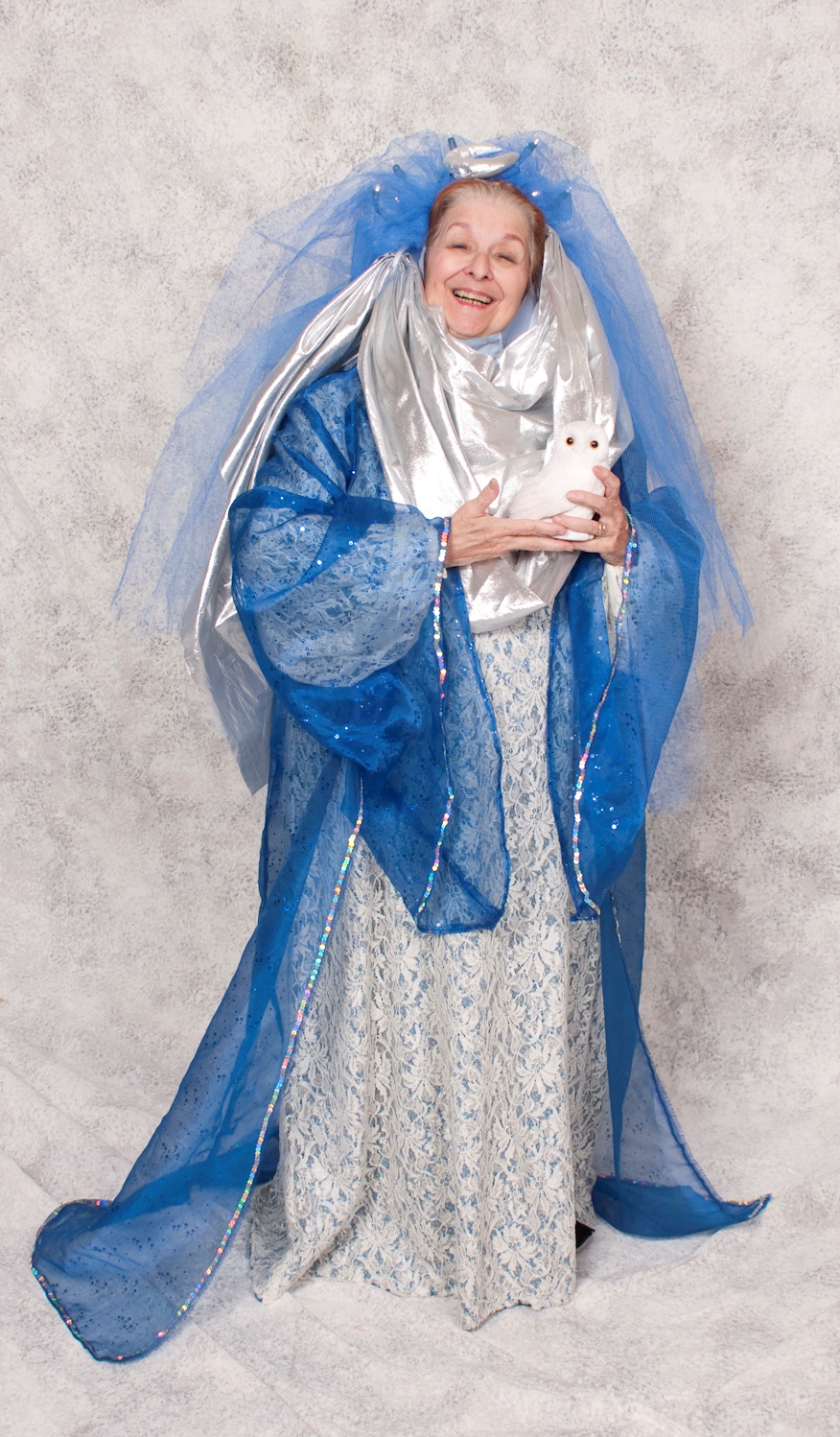 The President’s Award is presented at the discretion of the ICG President to recognize extraordinary service to the International Costumers’ Guild. It was first awarded in 2003. See the President’s Awards page for a list of past recipients.

Vicky Assarattanakul: “For her service on the publications committee and the production of the ICG International Costumer newsletter as its editor.”

Jeanine Swick: “For her help and dedication, particularly in tracking membership, and for her consistent presence in the ICG.”

Lorien Fletcher: “For her exemplary leadership as president and founder of the Time Travelers Costumers Guild (TTCG).”

Over the past 35 years, Elaine Mami has served the costuming community by helping found two chapters, influencing the nature and development of the International Costumers’ Guild, running Costume-Cons, directing masquerades, serving in other capacities at local, regional, and international-level competitions, and teaching costuming skills and techniques. She has entered in the master division since the beginning of the division system and has received awards, including Best in Show at international-level competitions.

The major contributions that Elaine Mami has made to the costuming community and the continuation of the art form are worthy of the ICG’s recognition and thanks. Visit her citation page for complete information about the award.

Congratulations to all of this year’s award recipients!